If only there were an easy answer to this question. Unfortunately, the answer is complicated. In this article, we will break down specific options investors have concerning where to direct investment capital in a bad economy. Current U.S. economic conditions would definitely qualify as “bad.” We are facing major trouble in the U.S. as stubbornly high unemployment is mixed with very low inflation, which tends to result in deflation. A deflationary period in the United States would cause mass hysteria in financial markets, and this is the current economic climate within which investors have to decide how to allocate capital.

Federal Reserve Chairman Ben Bernanke testified before Congress in late July and he said the economic recovery in the United States was “unusually uncertain.” That rhetoric from Mr. Bernanke was very unsettling for investors, as it should have been. When you have arguably the best and brightest economic minds in the nation saying that they do not have a clue what’s coming down the pipeline, it is a cause for great concern. If these experts who have been schooled at the finest universities this world has to offer are not sure what is going to happen, how is the average American investor supposed to respond to these current market conditions.

We paint this rather pessimistic picture not to scare investors, but rather to paint a very realistic picture of current market conditions. There are definitely investment opportunities during times of economic uncertainty, and the best decision is to always fully consult a fully registered financial professional before making any investment decisions.

This is the common sense investment especially when investing in an ETF (which could also be financial ETF, natural gas ETF, water ETF, etc. )during times of economic uncertainty. Standard investing theory posits that gold will tend to outperform during times of economic recession and uncertainty. This trend has historical significance. Since gold is a tangible asset, it tends to hold its value very well in times of economic uncertainty. Gold is currently near its all-time HI’s (highest value price reached) in the $1260’s, but many analysts are expecting it to continue rising to new HI’s. Even if gold does come off its HI’s a bit, an investor is most likely not going to lose much or ever be in danger of suffering a major drawdown.

When recession hits, the world rushes into the safety of the U.S. Dollar. The U.S. government is still considered the most reliable and trustworthy creditor in the world, and the chance of default is near 0%. For this reason, investors tend to park capital in the U.S. Dollar. The downside to this investment move is that virtually no interest will be earned. Thus, an investor will experience safety and preservation of capital, but he will essentially not be earning any interest on his investment.

This is quite risky, but let’s examine the possibilities here. As we stated, the U.S. is hitting a major period of economic slow-down. If the U.S. does enter into a multi-year period of very slow growth as many economists are predicting and is looking more realistic every day, emerging market may be the best place to place capital. India and China are continuing to move forward at lightning fast speeds, and the potential for growth in these countries, and also in Brazil and Russia, is incredible. The reality is that each year the U.S. struggles to expand and grow is another year that is closing the gap of economic power between the U.S. and these emerging markets. China is expected to pass the U.S. in GDP by the year 2020 in most economists’ opinion, but in reality it could happen sooner.

Although emerging markets carry quite a bit of risk due to the instability of infrastructure on several levels, the potential for gain may far outweigh the risk of loss. This will be best determined for you personally by consulting with a certified financial planner, but emerging markets will most likely be the place that investors have to go to find yield during the next 5 years. It is going to be very difficult for the U.S. economy to grow aggressively in the next 5 years.

Currencies are one of the most volatile assets that can be traded. During times of economic uncertainty, currency movements tend to increase significantly in volatility. Renaissance Technologies is an extremely large currency-based hedge fund with billions of dollars under management. In 2008, when the global economy fell apart they returned around 80%. They followed that up with 60% in 2009. Another option for investors is to do due diligence and find fully registered Commodity Trading Advisor, or forex trader, who manages funds in the FX Market. This can be very risky, so check with a financial professional to see if this is a good investment for you, but there is also the possibility of very strong gains.

In conclusion, there is no easy answer concerning how to invest in a bad economy. The safest decision is to not chase yield or growth during a bad economy, but instead make preservation of capital a primary goal. This is best done by allocating a large amount of one’s portfolio to U.S. Treasuries and gold. Then, with a smaller percentage of one’s portfolio, one may search for growth opportunities in emerging markets and currency exposure. These decisions, of course, should be made with the help of a Certified Financial Planner.

About Jason Hoerr
Began his career as a trader in the most unlikely of places. As a high school English teacher, he was introduced to the concept of trading the FX market one day by the Principal at his school. Drawn by both the intellectual challenge and the opportunity to make money, he immediately began researching and learning everything he could about currencies, economics, and trading. As his passion for the FX Market grew, so did his desire to trade full-time. As his track record continued to grow, he began receiving requests to manage client funds. Today, Jason is trading full-time from his home office in Charlotte, NC. He is currently managing several client accounts in a small investment pool that he manages and he is also employed as a hedge fund trader for a firm based out of Chicago.

How To Invest For A New Home

How To Invest For A New Home

Investing In The Stock Market To Get Rid of Credit Card Debt? 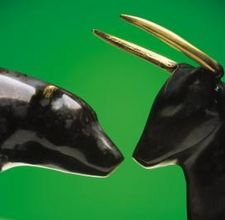 Investing In The Stock Market To Get Rid of Credit Card Debt?

How To “Recession-Proof” Your Investment Portfolio

How To “Recession-Proof” Your Investment Portfolio

Financial TV Programming – The Drama Of It All

Financial TV Programming – The Drama Of It All